ROBBED ON CHICAGO CTA! Don’t Fall For This New TRICK!

You know, you never really think something bad is going to happen to you…until it does. And as someone who is constantly cautious, this is a lesson I don’t even know what to learn from because I did nothing wrong.

Are you confused? Well, let me tell you what happened.

It was Monday evening around 6:00 PM. I went to Whole Foods (literally the worst place on planet Earth) to grab some wine because wine is always the answer. I planned on meeting my girls to watch the Bachelor. Riveting, I know. After looking at my watch I figured “It’s early, I’ll just take the L.” I mean, the CTA is always faster and plus, my destination was only a few stops away. Oh yeah, and I take the L every single day of the week.

So, I got on the Brown Line, the slowest of all L lines, sat down and saw a man staring at me. I honestly didn’t even think anything of it for a few minutes. I stare at people all the time. This time, he was staring a little too hard. Actually, he wasn’t even staring. His eyes were following my every move. He was being creepy and I don’t like creepy people. Keep your eyes and your hands to yourself, weirdos.

At that moment I thought, “Alright, I am getting off.” I stood up and I saw this man along with two other men stand up, too. I thought again, “Great, here we go.”

I was standing by the door when the L was pulling up to my stop. I look over, the man is standing next to me. As the doors were about to open he began SCREAMING at me. Screaming is an understatement.

“THE DOORS WON’T OPEN, THEY ARE STUCK SHUT, HELP ME!” The man yelled.

I looked down and saw the man’s foot on the door keeping the door from opening. He kept moving his arms to distract me. Really? Is this what they are doing these days?

“Move your (insert BAD swear word here) foot,” I yelled back at him, holding on to my purse tightly. When it comes to stupid people, I have no patience. Don’t annoy me.

At that point, I was fed up. I started yelling at him to move his foot. He had grabbed both of my hands. I knew what he was trying to do. His other “friend” was right behind me. I don’t even know what else to call him. Teammate may be a better word.

They both waited for me to take my hand off of my purse–it was too late. Both men had me in the corner, the first man trying to keep my attention on him while grabbing my hands, while the other one reached in to my bag and took my wallet. The third one was being a watchman.

The doors had opened and within a blink of an eye, I was standing on the platform screaming my head off. I felt violated . There is something about a man REACHING in to my purse and taking something of mine that disgusts me. I knew what had happened. It was more annoying than anything. Why? Because now it was 6:50 PM, my wallet had been stolen from three OLDER men, it’s cold outside, and I was pissed off.

I ran downstairs and yelled at the CTA guy to stop the train. A kid around my age ran after me. He knew what had happened but didn’t know what to do. Honestly, I felt terrible for him. He was just as upset as I was and watched me cry my head off. I am NOT the prettiest crier.

Anyway, within 4 minutes, the guys had already used ALL of my cards. Chase and Citi were blowing me up. My anger was through the roof. They took everything. My entire wallet. My ID, my cards, my business cards, my GIFT CARDS!!!!!! Everything was taken. If you were wondering, I still had my wine in tact and tightly gripped.

In a train filled with people, not one person helped me. Sad. But guess what? We are trained to not help others. We live in a selfish world. But then again, the terrible people out there have trained us to not help others because we’re too busy living in fear. If someone had helped me, who knows what could’ve gone wrong. You know what they say–it could always be worse.

Let me tell you what these “men” bought: 5 Ventra monthly passes and treated themselves to some alcohol. Oh yeah, and the next day they bought themselves some Starbucks at the Macy’s on State St. (kinda hilarious because I barely ever treat myself to Starbucks). They are living the life.

That night, I ran back home bawling my eyes out. Luckily, my best friend was home to hold me up while I was shaking. The cops made their way over after about 20 minutes and asked me a few questions that made me give them the confused emoji look:

“Why didn’t you kick them?”

“Why didn’t you use your pepper spray?”

“Why didn’t you push them out of the way?”

Let me tell you why I didn’t do any of that: Because I am a FEMALE, alone, and I didn’t want to be touched or stabbed. As a female living in the city, as a female living ANYWHERE, we are a target to ANYONE on the prowl for ANYTHING. Here I am, standing alone and it’s three against one. Why in the goddamn world would I try to resist?

The CTA investigators have been very cooperative with me. They have the footage and are keeping a close eye. Do I think they are going to catch these guys? No. Am I traumatized? No. Am I angry? Yes. I am angry because you’re not safe anywhere in this city. Can’t go anywhere. Can’t do anything. Especially alone. These new “tricks” to distract people are horrendous. These people who will go THAT far for a few bucks are disgusting. Sadly, we live in a world filled with them. It’s not just this city.

Chase and Citi customer service have been amazing. I was on the phone with them as soon as it happened. The Citi rep made our phone call quick and told me to “please hang up and call the cops right away.” Chase also took care of everything ASAP. Both had apologized and made me feel like everything was going to be OK. So thank you, to those who take my money very seriously! The DMV was also not as bad as I thought. It’s usually the worst place ever (next to Whole Foods) but I was in an out within 30 minutes.

What did I learn from this? I am still unsure. Don’t carry your entire wallet? I mean, it’s not like I’m never going to leave my apartment again. It’s not like I won’t be taking the CTA again. The conclusion is, there are terrible people out there and no matter how cautious you are, this stuff happens.

With this post, I don’t want you to feel bad for me at all. I am perfectly OK! Trust me, I have already brushed this off. All is well–I have everything I need. Plus, this shit happens all the time! I am just glad it wasn’t worse. Take my wallet, whatever–that is replaceable. Just don’t take my life. Don’t touch me!

I want you ALL to be cautious. There are new tricks like this happening every day. This is one I want you to try to keep your eyes peeled open for. Wishing you all a lovely year! Thank you for reading, xo! 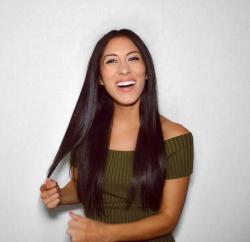 I am happy you are here! Feel free to contact me if you have any questions, need some motivation or advice, or want me to host your next event. Comment below and let me know what you think of this post :) xo!

CATCH THE LATEST!
Most Shared